Talking to Patients: What Is Gene Therapy and How Does It Work

Talking to Patients: Expectations Regarding Efficacy and Safety

The five different approaches to gene manipulation, including the current uses & potential disease targets of each strategy 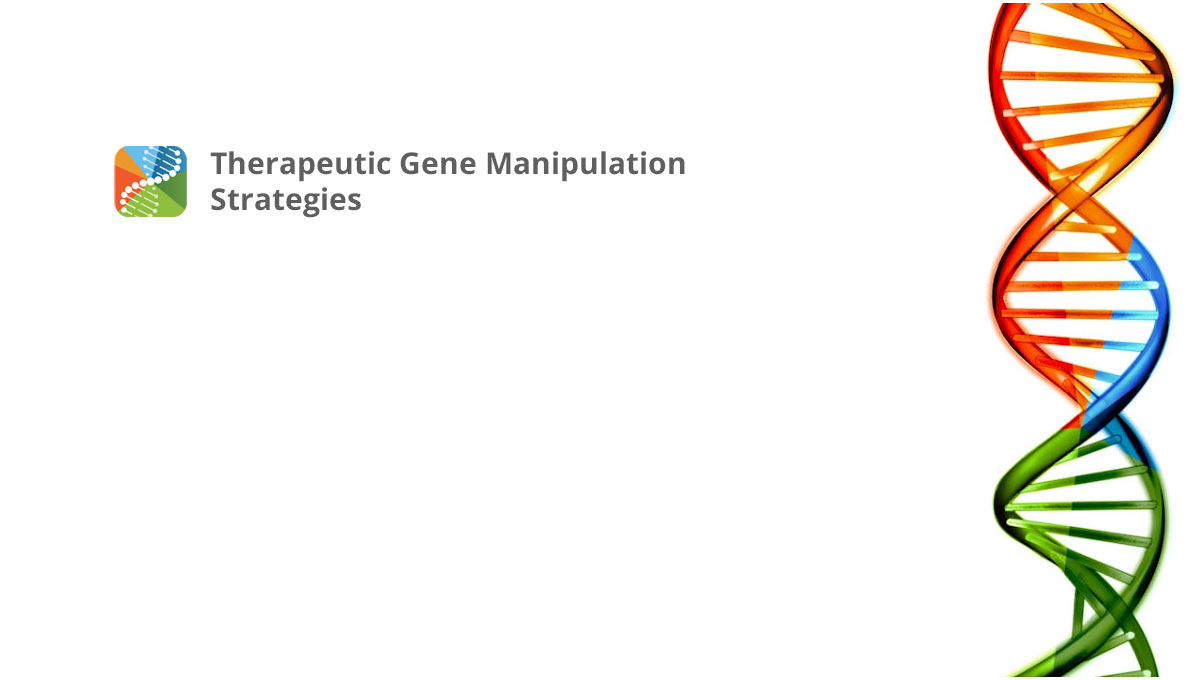 A Look at How CAR-T Cell Therapy Works

CRISPR: Gene editing and beyond

How do CRISPR gene-editing systems work?

[The transcription below is of the video at the top of this page.]

In this chapter we will provide information on the various gene manipulation strategies.  We will discuss the different ways in which genetic mutations can cause disease, examine the 5 different approaches to gene manipulation and how they can be applied to treat those diseases.

Gene therapy can be used to treat monogenic and complex diseases, with the nature of the disease determining the appropriate approach1. There are five approaches to gene manipulation: Gene addition, gene inhibition, gene replacement, gene editing, and genetic modulation of immune cells1,2. Each approach has its strengths and weaknesses and is selected based on the nature of the disease1,2.

We will start by looking at the first of these strategies: Gene addition.

Here you can see a complex disorder, caused by defects in multiple genes as well as environmental factors that result in the disease1.

Gene addition works by introducing a new gene into the body to target a specific aspect of the disease pathway1.

Once the therapeutic gene is added, it provides factors that are then protective, resulting in easing of the disease.

Next, we will look at the second gene manipulation strategy: Gene inhibition.

The second form of genetic manipulation is gene inhibition1.

Some genetic diseases are caused by a mutated gene that codes for production of mutant proteins, or ‘toxic overexpression’ of required proteins. With these gain-of-function mutations it’s necessary to turn off the mutated gene.

In this example, you can see the mutant gene coding for incorrect messenger RNA, which results in the disease-causing protein.

Gene inhibition involves introducing a small interfering RNA that either triggers RNA degradation, or binds to and prevents the messenger RNA being translated into a protein. This stops production of the disease-causing protein, diminishing its toxic effect.

The inhibition approach is particularly suited for the treatment of diseases that are caused by gain-of-function mutations – those that lead to this toxic overexpression or mutant forms of proteins1.

Now we move on to the third gene manipulation strategy: Gene replacement.
Some diseases are caused by a mutation in a single gene that results in a lack of a particular protein.

Such diseases are well suited to treatment with the gene replacement approach1.

The mutation shown here prevents the gene’s essential product from being coded.

The mutant gene is not cut out and replaced in gene replacement therapy as it does not need to be.

Instead, a normal functional copy of the gene is inserted – this corrects the lack of activity of the mutant gene, resulting in the missing protein being produced.

Gene replacement therapy has great potential to treat a number of diseases1,2.

A gene replacement therapy product, voretigene neparvovec-rzyl, has already been approved for the treatment of inherited retinal disease3.

However, rigorous testing will be needed to address possible off-target effects. We will now move on to the fourth gene manipulation strategy: Gene editing.

The fourth form of gene manipulation is gene editing.

Here you see a disease caused by a mutant gene. In gene editing, nucleases ‘edit’ the mutant gene that is causing disease in order to correct the mutation1-3.

This approach has traditionally involved cutting out a mutant disease-causing section of DNA from the genome and replacing it with a new section of DNA using the cell’s naturally occurring DNA repair mechanisms1. However, more recently, tools have been developed that allow for base editing without the need for DNA cleavage2,3. Such base editors can produce C to T conversions (and vice versa) via deamination reactions2,3.

Gene editing is particularly suited to the treatment of infectious diseases by modifying the protein targets that allow a microbe to infect the cell. For example, by modifying a particular gene that encodes a T-cell receptor, it can render the T cell resistant to HIV infection1.

Gene editing is a relatively new technology with additional trials expected to be performed in the next decade2.

The use of the CRISPR-Cas9 system has revolutionized genome engineering, and further variants of this system show promise for gene editing3.

Finally, we will look at the fifth gene manipulation strategy: Genetic modulation of immune cells.

In a complex disorder driven by genetic and environmental factors1, the genetic modulation of immune cells is the fifth approach that can be used for gene manipulation2. It involves the introduction of genes that promote a stronger immune response, thus killing the diseased cells.

These gene additions enhance the immune response to diseased cells, which leads to their subsequent death and alleviation of the disease.

The ‘genetic modulation of immune cells’ approach can be used in cancer to introduce a gene that promotes the death of targeted cancer cells1.

For example, T cells can be engineered to express antigen receptors that promote targeting of cells that express tumor-associated antigens2. This technique is known as CAR T-cell therapy, or CAR-T. Tisagenlecleucel3 and axicabtagene ciloleucel4 are approved CAR T-cell therapies.

In summary, gene therapy can be used to treat monogenic and complex diseases, with the nature of the disease determining the appropriate approach.

As we have seen, there are five approaches to gene manipulation: Gene addition, gene inhibition, gene replacement, gene editing, and genetic modulation of immune cells.

Each approach is suited to particular types of diseases.

More information on some of the topics discussed can be seen in the video resources available in this chapter.

By clicking “Accept All Cookies”, you agree to the storing of cookies on your device to enhance site navigation, analyze site usage, & assist in our marketing. By clicking on “Customize Settings”, you can choose to allow or not allow some specific types of cookies By clicking on “X [Close]”, only cookies strictly necessary for the functioning of our service will be set. Your experience may be impacted. Cookie Notice

This website uses cookies to improve your experience while you navigate through the website. Out of these cookies, the cookies that are categorized as necessary are stored on your browser as they are essential for the working of basic functionalities of the website. We also use third-party cookies that help us analyze and understand how you use this website. These cookies will be stored in your browser only with your consent. You also have the option to opt-out of these cookies. But opting out of some of these cookies may have an effect on your browsing experience.
Necessary Always Enabled
Necessary cookies are absolutely essential for the website to function properly. This category only includes cookies that ensures basic functionalities and security features of the website. These cookies do not store any personal information.
Non Necessary
Any cookies that may not be particularly necessary for the website to function and is used specifically to collect user personal data via analytics, ads, other embedded contents are termed as non-necessary cookies. It is mandatory to procure user consent prior to running these cookies on your website.
Save & Accept
Scroll To Top